There is a song out there that apparently is causing quite a stir.

I did not know this.

I did not know it because the very first time I heard it I literally broke out sobbing in front of 200 people because of what it did to me. I didn’t have time to consider how “heretical” or “inaccurate” it might be to call God’s love “reckless.”

I was too busy experiencing and enjoying the overwhelming love of God in that moment.

It has been my favorite worship song ever since.

The song is called “Reckless Love”, and though it is originally written and performed by Cory Asbury, my favorite version (which you can watch here) is by Steffany Gretzinger and Bethel Music

In this song, the lyrics claim that God is a God who loves so radically, so magnificently, so ridiculously, that He would risk the loss of everything else, just to “come after me.”

That seems pretty reckless to me.

And while many have cried out in outrage that we would ever dare to call God “reckless,” it is pretty obvious to me how biblically accurate this song really is.

The most famous of these stories is very well known and constantly uttered by people around the globe. It’s the story of the Prodigal Son, in which a man’s son basically says to him,  “I wish you were dead, give me your money so I can go party and do what I want.” After blowing every cent he had, the son realizes how much better he had it at home and returns, not to an angry, pedantic, I-told-you-so dad, but a loving, nurturing parent who spoils even more wealth to throw a party for his son’s return.

It’s a great story, but it’s not my favorite out of the three we find in Luke 15.

Jesus tells another, much shorter story. He tells a story of a shepherd watching and tending to his sheep. In this story, the shepherd notices that one of his one hundred sheep has wandered off by itself, away from the safety and community of the rest.

Now, there is already much more to this story than we probably see.

If left to their own devices, sheep won’t make it through a day by themselves. WIthout the flock, they have no sense of direction and could wander off a cliff. I have also

been told from people who know more than myself on this subject, that sheep can die from things as ridiculous as eating until their stomach expands too much and bursts, or staring up into the rain and drowning. So for one to wander off on its own is basically a death sentence.

Secondly, for a shepherd, sheep—especially if they are his property—are his entire livelihood. They are the representation of all his wealth. To a shepherd, sheep are his bank account and all his possessions wrapped into one.

Thirdly, sheep in ancient Israel had many predators including wolves, hyenas, jackals, panthers, bears, and even lions. The only thing that kept sheep from becoming lamb chops was the presence of a shepherd…a good one.

So, in this story shared by Jesus, when the one sheep wanders off, the shepherd goes to get him.

If you haven’t caught the ridiculousness of this, let me say it straight-forward.

HE RISKS LOSING HIS ENTIRE LIVELIHOOD FOR ONE DUMB-ASS SHEEP!

If he leaves his flock, a predator, or even multiple predators, could come and devour all that he owns. Just like that his entire life savings would be depleted and he would have nothing to eat, nor anything to wear in the winter. He might die due to this absurd choice.

But Jesus tells us that God is like this shepherd.

He risks everything for one.

While we strategize, calculate, plan, and work our people to the bone trying to reach hundreds, thousands, or millions, and striving will all our might to keep them once we have them,

Jesus is going after the one.

And the one is every single one of us.

The one is the guy that gave up church and it’s the girl that never wanted it.

The one is the atheist and it’s the pastor.

The one is Donald Trump and it’s Hillary Clinton.

The one is Pope Francis and it’s the leader of ISIS.

The one is you, and the one is me.

Jesus sees and pursues only the one, at all times, in every way, and with every effort of His being.

He is all about the one.

So, if we are to redeem church, we must rediscover this fervor for the one.

for each and every ONE.

If we are to reinvigorate a church that truly reflects the heart of Jesus, it would do us well to give up our planning and strategizing over how to reach 1000 in one year or 1 million in 10 years. Jesus is not concerned with growth projections. He’s not concerned with us doing all that we can to reach all that we can. He does not need proof of our evangelistic efforts.

He is simply seeking to love one like they are the only one on the entire planet.

And as His children, He is calling us to love the person right in front of us and to love them recklessly. To love them like nothing and no one else matters at all.

Who it is is not important. But to treat them like they are worth risking everything you have,

that is truly Christ-like.

← Previous: My First Book Ever Next: In Conclusion... →

← Previous: My First Book Ever Next: In Conclusion... → 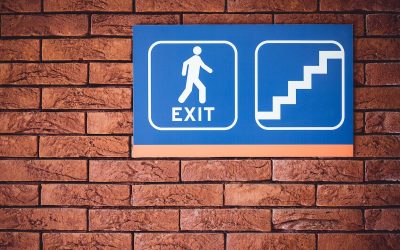 Escaping the Story: Am I Broken?

"We are all broken and wounded in this world. Some choose to grow strong at the broken places." - Harold J.... 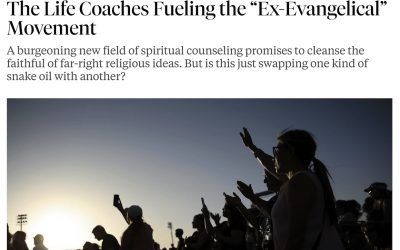 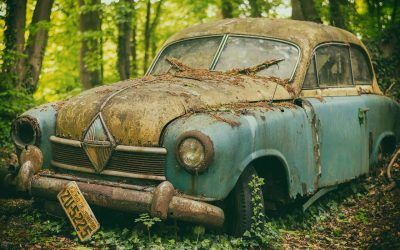 I don't know where I am these days.   Church is repulsive to me, as is most rhetoric of western Christianity. I...