Being Somebody and the Meaning of Christmas 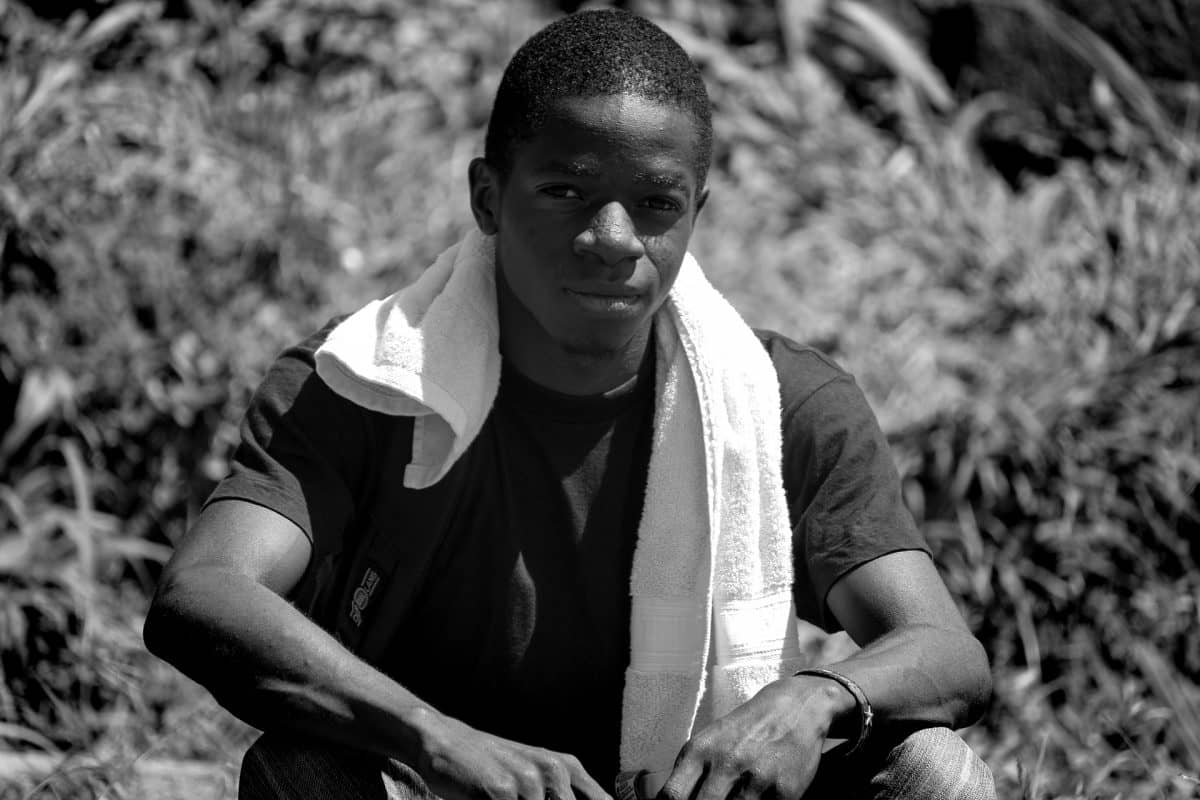 Being Somebody and The Meaning of Christmas…

I wanted more than the paltry prayers offered as an afterthought before my first bite…second bite of mashed potatoes.

I wanted more than a faith that functioned mostly as an example to my kids for how to be good, decent little humans that followed expectations and didn’t draw attention to themselves.

I wanted to go.

I wanted to see.

I wanted to live.

I wanted to go to the places no one else wanted. The places that were hard to be a follower of Jesus. The places that sought to kill you right before they experienced the love of God and changed their lives forever.

I wanted to see the light in someone’s eyes when they hear about Jesus for the first time and it’s like the last piece of their life’s puzzle finally rested into place.

I wanted to live a life that 98% of followers never live. I wanted to live differently. Wildly. To cling to the trust and hope in Jesus who had always been my everything.

I wanted to give him everything in return.

I wanted to be somebody.

We all want this at some point in our lives.

Maybe not to run to Africa and risk our lives for the love of God,

But we all want to live an extraordinary life.

What’s the point in living if you aren’t going to really LIVE! What’s the purpose, what’s the joy, what’s the FUN in simply existing through each day until you die?

We all want to be someone special and to do special, amazing things.

And whether we realize it or not,

we all want people to notice.

We want people to hug us tight,

To applaud our efforts,

To be proud of what we’ve done.

To think it’s special and amazing

To think WE are special and amazing.

There is something to this part of our personalities,

Something so human to wanting to be appreciated for the unique gift we brought with us when we first started breathing.

There is something divine about it.

We all embody a piece of God that no one else will ever carry.

And it’s natural that we want to share this divine fingerprint with those around us.

That’s one of the reasons we were made…to give our divinity to one another.

But something happens as we get older.

We get worn down.

determined to see the world changed for the better

only to be stomped on by someone much larger, and with much stronger equipment than our own.

We all see our dreams crushed…at least once.

Simultaneously, we watch the bills and expenses pile up.

So we get jobs to satisfy those while we redirect our destiny on the side.

But the expectations only pile higher.

We suddenly have to have insurance for everything,

more reliable cars so we can keep moving,

nicer houses in better neighborhoods so we can work safely,

better clothes so we can belong in the higher society we find ourselves in,

constantly pushing world-changing to the side.

And before we know it…we’ve done it.

Some of us accept this inevitability better than others. Some of us see it as “just part of life.” And some of us rage against it so violently, that we just end up shouting at everyone while honestly hating ourselves.

We all want to be somebody.

Most of us become nobodies.

And that causes problems. 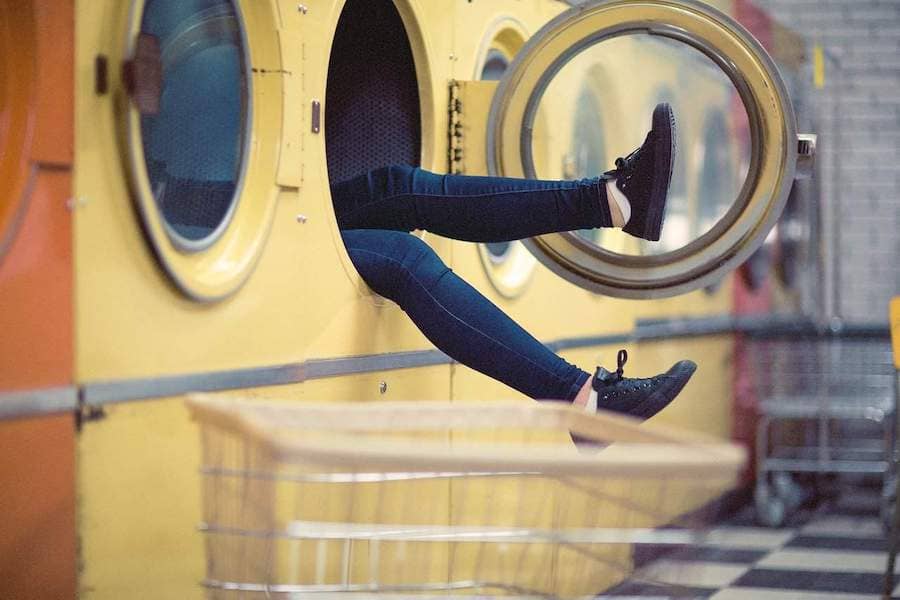 It’s approaching Christmas as I write this.

For me, there is no better time of life than the weeks leading up to Christmas.

I have fond Christmas memories and even fonder ideals surrounding it.

I love the music, the food, the drink, the energy,

I even love the frivolous spending which I would normally scorn.

Everywhere you look during Christmas season, you’ll see people and signs and advertisements all grasping for the same thing.

“Look at this! This is the meaning of Christmas! This is important! This is what matters.”

Whether it’s churches, department stores, parades, or charity, everyone is clamoring to press importance out of this time, probably because they know it’s the only time of year when society as a whole suddenly acts like these things ARE important.

Christmas, at least momentarily, revives the wonder within us,

and reminds us that what we do, who we are, how we live

I have seen and done it all.

I’ve lived the holiday season for presents, for tradition, for family, for charity, for free love, and for nothing other than the birth of God’s son. And I’ll tell you this, somehow, come December 26th, it all fell

It felt like a giant hangover after a month of drinking whatever koolaid I chose to down that year, and we hadn’t even gotten to New Years yet!

As I reflect on this cycle year after year–because I reflect so much I often forget what is right in front of me–I have started to notice a theme of Christmas that seems to be getting skipped by most, especially by Christians.

The point of the Christmas story was not so much Jesus coming into the world to “save us from our sins.”

I’ve known God intimately for a long time. It has been the whole of my existence really. It has consumed me.

And I have to say, all the times I encountered God, “Savior” was not the title he most often bore.

In fact, I’m not sure he ever wore that badge when I called out to him.

The person I met never boasted, never bragged, never stood above me and said, “Come with me if you want to live” or “I’ll be back.”

No. Instead, every encounter I’ve had with God had one thing in common with the Christmas story.

The wonder and amazement of Christmas isn’t that Jesus was born to forgive all of us for things we did that someone else told us were wrong.

The sheer lucidity and absurd grandeur of the Christmas story,

is that God became a human.

And not just a human…a baby.

A spitting, gurgling baby who shits in his own diaper and then sits in it!

A tiny human who can’t feed, or bathe, or clothe himself!

God left whatever magical, mystical, cosmic throne he has up among the stars and the quasars and the intergalactic water bears,

And he took up crying on a bed of hay that probably had donkey urine on it.

He spent years taking instruction from a nobody named Joseph that worked with wood, and a reprobate mother who had a child out of wedlock.

He said, “yes sir” and “no ma’am” and set the table and did chores.

He fought with his little brothers and sisters and rolled his eyes when his mom reminded him of his duty as the oldest.

He cut his fingers and stubbed his toes and scraped his knees.

He bled long before it was “for the sins of the world.”

We forget that the mystery and glory of God is not just that he wiped out our transgressions and made space for us in whatever form of heaven you believe in.

It’s not that he changed the world and made sure billions of people knew his name.

It’s not even that he came and still comes to be with us in joy and in grief.

The mystery and beauty of God, is that he became one of us.

He gave up everything…literally everything in the universe…

So he could show us how much he loved us.

He chose a path of descent.

The beauty of Christmas has something to tell the little boy in me that still longs to be somebody.

It illuminates that deep longing in a way that charity work, ministry, mission, or financial success never could.

It reminds me that the way to be somebody,

To make a difference

To change lives and thus change the world

Is to be a nobody.

It has been sitting right in front of all our eyes.

Those of us who rage against the machine, desperate for change we can’t even explain

And those of us who settled into the sway of society…and are still miserable.

The solution to both our problems and the realization of all our dreams can be found in the story of Jesus.

If we humble ourselves,

If we put ourselves in the shoes of our enemies,

Of those we hate, or blame, or scorn,

We can change the world.

One person at a time.

The truth is, we already are somebody.

We show it, every day, by choosing to be a nobody.

because nobodies are the ones that change the world.

They change it by loving us,

by faithfully reminding us there is good left in our world

and by showing us day in and say out of their mundane, not-very-special lives,

that they love us, even when we don’t deserve it.

So this Christmas season,

or maybe just from now on,

if you want to be somebody,

remember that the best somebodies, choose to be nobodies.

Choose the path of descent.

← Previous: The Kingdom of God is Like... Next: The Age of Christian Deconstruction and the Future of The Church →