John MacArthur and Women in Ministry John MacArthur made some shocking statements about Beth Moore, women pastoring and preaching, and women in church leadership in general. This is my short response to three of the things he said.

Any human that believes they have divinely-appointed authority in a situation, and believes that authority cannot be challenged without challenging God, will undoubtedly steer toward corruption.

When we have authority in any situation and it is never challenged or questioned by others, we can start making all kinds of outrageous claims and decrees that ultimately only serve to keep us in a position of power.

We are ONE united body made up of millions and billions of completely unique individuals, all of which reflect and represent God in a unique way. No one is appointed as the “divine authority” and given rule over the other.

In fact, Jesus’ definition of leadership is one of self-sacrificing service.

If we are going to be the unified people of God, we MUST learn and practice working alongside people who completely disagree with us. It is the perspective and the needs of the other that help us grow out of our own limited paradigms and see God in a more holistic way.

So, if anything, empowering women does not make men weak.

If anything, empowering women–and anyone else that is different from yourself–is PRECISELY the thing that strengthens us not only as individuals, not only as leaders, but as the unified people of God and Body of Christ. 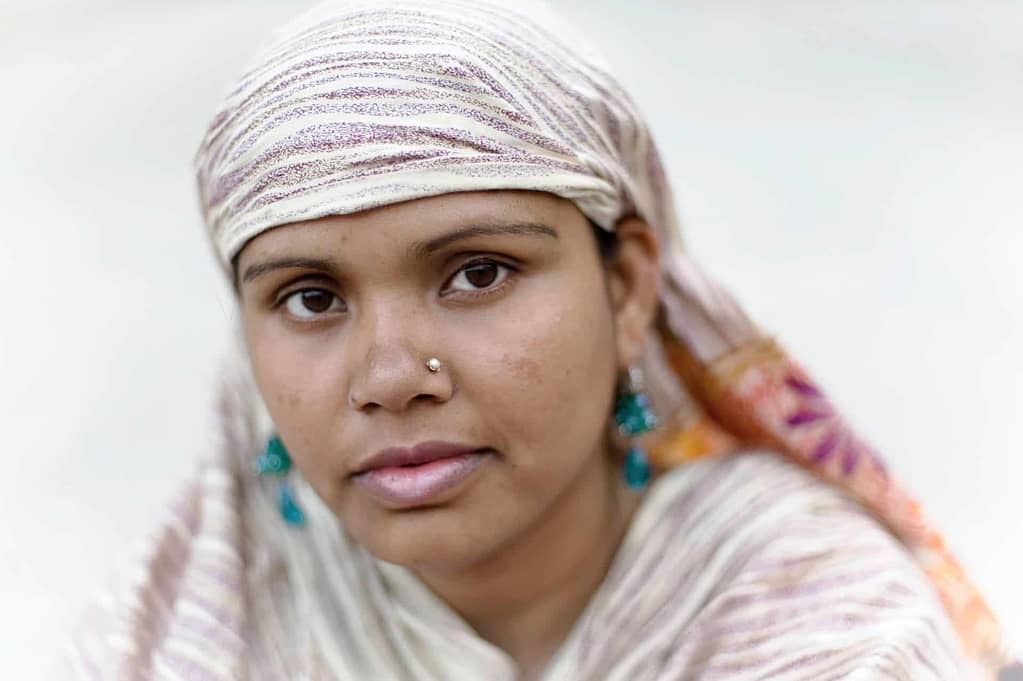 2. “Women are not supposed to preach”

Jews are not “supposed to” speak with Samaritans (especially women!)

Prostitutes and tax collector were not “supposed to” be members of the people of God and ESPECIALLY not leaders and followers of a rabbi.

Jesus did all of these things.

John and many others will say, “but women not leading in church is a clearly spelled out in scripture.”

My response is, where do you think these other rules came from?

The rules that Jesus broke on a daily basis were rules created from the scriptures. They were things that the Pharisees and Jewish people at the time would have said were “clearly spelled out in scripture.”

But Jesus took a different approach.

With each “rule” or “expectation” laid out in scripture, Jesus chose to look at the benefit it provided to the people. If the rule no longer served the best interest of the people, then He crossed that boundary.

I’m not saying we can throw out anything we want to from scripture. Absolutely not!

I AM saying that we have to learn to take on the eyes and heart of Jesus; eyes and a heart that put people before hard and fast rules. Eyes and a heart that pay more attention to the movement of the Spirit and the direction of God than to the black and white, right and wrong text of the scriptures.

So, if women aren’t “supposed to” be preaching, pastoring, and leading;

and if Jesus is our ultimate example,

then there is a GOOD chance that women are EXACTLY who Jesus is working to promote to positions of leadership.

Putting aside the absurdity of this statement, it is apparent to me that John has forgotten the history of Christianity.

For the first three centuries of this new faith group (Christians), the people who claimed Jesus as King were slaughtered.

The Church was born out of complete destruction. Christians were constantly persecuted, tortured, slaughtered, and

It was part of our identity…the conquered ones.

The Gospel turns everything upside down.

It is completely paradoxical.

Everything Jesus says follows this theme of “do the opposite.”

“If you want to lead, you must serve.”

We CANNOT afford to forget that Jesus’ way of living is based in surrender, not in winning.

I do not fear being conquered.

But if I am to truly follow Jesus, rather than defeating my enemies, I MUST learn to surrender and submit myself to them in sacrificial service.

So, if John feels called to lead the people of God,

if he believes he has been appointed as a leader over women in this country and in the Church,

and wash their feet as they step onto the stage God is calling them to.

I recognize that I am a white, middle class, straight, Christian male.

I recognized the privileged state I have been given in life.

I also believe that I have been called by God to lead in some way.

Not because I am a white, middle class, straight, Christian male,

but because I belong to Jesus.

So, as one called to lead people to a spirituality centered on relationship,

the most important thing I can do is adopt an attitude of humility;

an attitude that chooses to serve before I direct,

an attitude that washes feet rather than shouting out orders.

If I am called to lead, then I must learn to empower women,

and make way for ANYONE God is calling forth to share His love.

← Previous: When God is Silent Next: Seasons of Spiritual Growth →