I Think, Therefore I Am 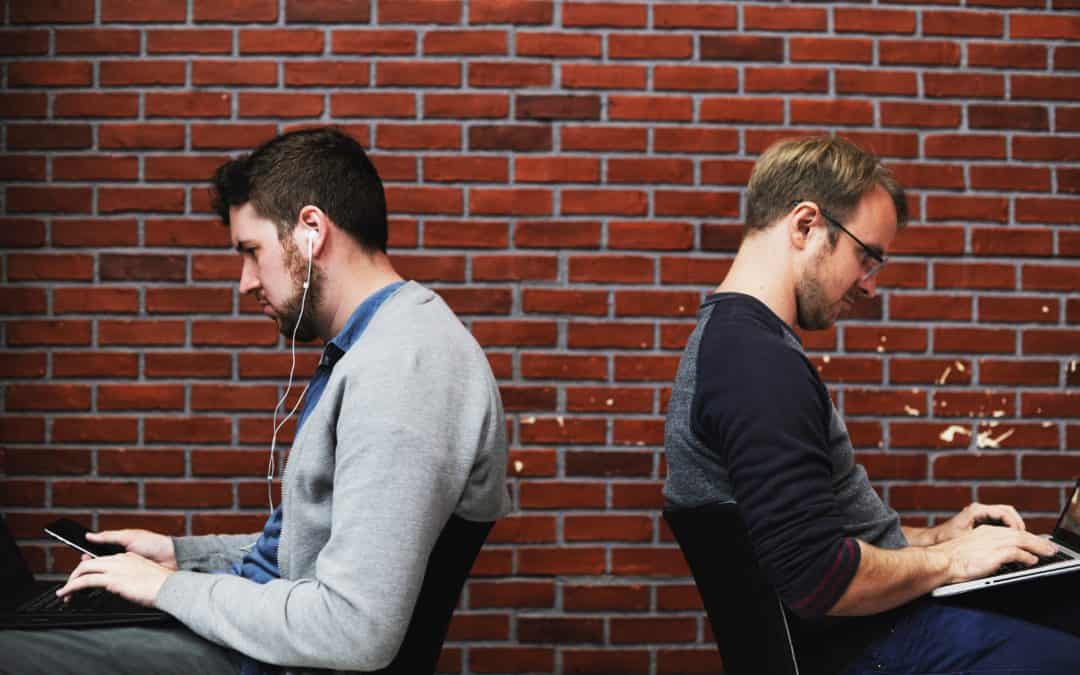 It’s a dirty word in church circles. It’s often used to toward someone in the church who is stirring up something most would rather let lie;

“She has such a spirit of division.”

“He’s trying to divide the church with this issue”

Scripture speaks of division quite often:

“Watch out for people who cause division…stay away from them.”

“If people are causing division among you…have nothing more to do with them.”

Even Jesus had something to say about the issue of division:

“Every kingdom divided against itself is doomed. Any family splintered by feuding will fall apart.”

The sad and dangerous truth about this is that the Christian Church is more divided than ever.

There are a reported 47,000 Christian denominations in the world. 70% of which identify as “independent” from all the others.

We are currently experiencing perhaps the largest struggle in the history of the United Methodist Church. In February of the Methodist denomination will vote on its next course of action regarding theological differences, and it looks like that vote will be in favor of division. The source of this division is not homosexuality, as many assume. Neither is the that some revere the authority of scripture and other parties do not, as some people would try to make you believe.

The real issue behind the United Methodist denomination’s impending split is that one side holds one interpretation and opinion of scripture, and the other side holds a different opinion.

That is what will divide the Methodist denomination in 2019.

At the core of our greatest hindrance to unity, to , and to the love of the other, we always find the same common denominator;

The English language is not good at being precise. We use the word “love” to describe the lifetime commitment and companionship of a spouse AND when referring to a certain cut of pork sizzling in the skillet (because who doesn’t “love” bacon?!). The Inuits, on the other hand, have approximately 50 words for “snow.” Well, they aren’t really different words so much as prefixes and suffixes, but they all serve to describe a different type, intensity, and even the direction of the snowfall. No matter how they say it, you know exactly what kind of snow they mean, down to the finest detail.

The lack of precision in the language often becomes an issue because we confuse what we say with what we really mean. This is exceptionally detrimental to the Christian world than to any other because of one single word that we use all the time:

When we say the word “believe” in , or in any western philosophical mindset, what we are actually most often referring to is our individual, intellectual opinion.

We believe that coffee is essential in the morning.

We believe that our beliefs make us who we are.

This also suggests that we believe people with different “beliefs” are wrong.

This creates two MASSIVE problems that cripple us as Christians from the very beginning.

The first problem is devious, and it is difficult to see. As Christians, we say that in order to be saved, you must “believe in Jesus.” Under the surface, what this phrase communicates is that our salvation is now dependent upon our ability to think the right things and to have the right opinions.

If we think that God is real, think that Jesus is His Son, and mentally agree that He raised from the dead, then we will be saved.

What about those who cannot think for themselves?

What about those with brain damage, or those who were born without clear cognitive abilities? If we truly believe our salvation is dependent on us thinking the right things about God, then those who do not have the ability to think are eternally damned, and we have an elitist God who only favors the intelligent.

The other option is simple, to “believe” actually means something quite different.

When the people in the Bible use the word “believe” they actually mean another word in our English language.

If you trust that Jesus is who He says He is, trust that He lived, and resurrected for your freedom, and trust that God truly does love, welcome, and embrace you as you are, then you will be saved.

On the other hand, if, like the , you spend your life trusting your thoughts, beliefs, and good behaviors will make you righteous before God, you have missed the point entirely, and therefore have missed Jesus entirely. You were simply too preoccupied to have relationship with the God of love, grace, and mercy.

The second problem follows suit with the example of the Pharisees. When salvation is based on what you think or believe with your mind, then you, like the Pharisees, will always find cause to distance yourself from the ones God is seeking to love.

It divides our churches, our country, even our families, and it is not at all what we see in the example of Jesus.

Jesus put before beliefs. He struggled day after day with disciples, followers, and religious leaders that disagreed with Him, yet He continued to love, serve, and die for them all.

We as lovers of Jesus must learn to put relationship above everything else. We must learn to love one another with a fierce, unwavering love that never gives up, no matter what we disagree upon.

Jesus’ kingdom is not concerned with righteousness that comes from pious, faithful, religious behavior. Jesus’ Kingdom is one where people are the priority and love is the tool.

“You MUST love the Lord your God with all your heart, all your soul, and all your mind…”

“…and love your neighbor as yourself.”

Find more grace, peace, and purpose in your life beyond beliefs!

You have Successfully Subscribed!