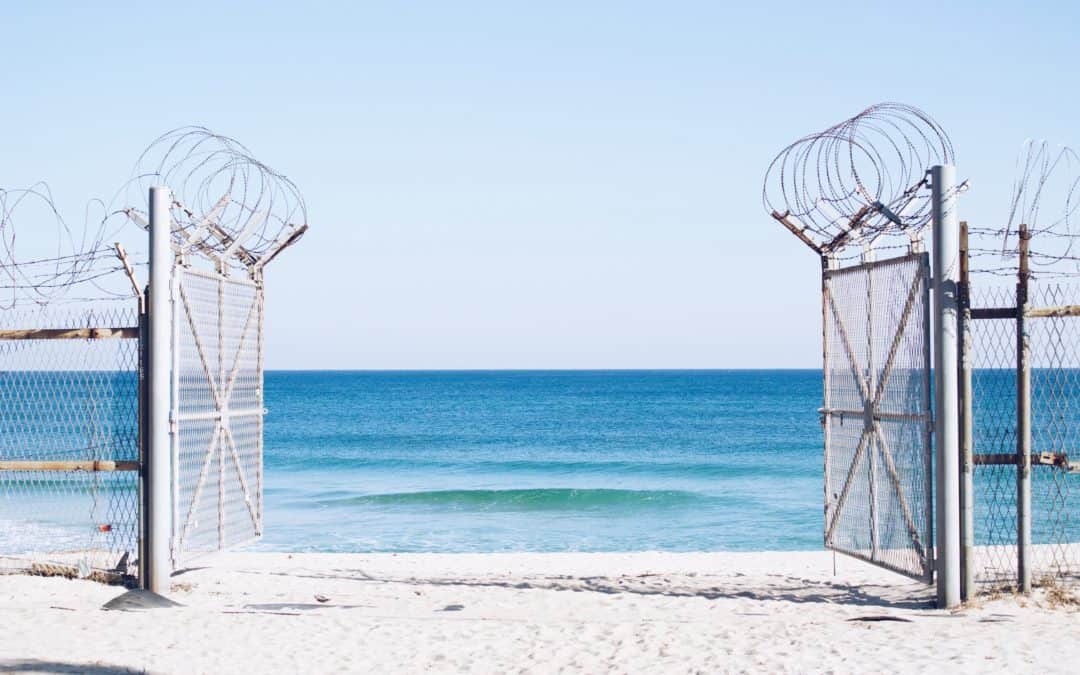 Hang-ups: Breaking Free from Your Own Traps

This seems a strange thing to say, but when my mentor first uttered it to me, I knew it would be a phrase that would change my life.

We humans know when we’re surrounded by water, if for no other reason than because we will eventually drown!

But a fish would not.

The most obvious indicator that we are surrounded by water is that water is not our everyday, normal or natural environment.

Put a human in water unexpectedly and you will get a similar reaction to a fish suddenly thrust into air.

We freak out because we know we will eventually die if we do not move back to our natural habitat.

For a fish to be aware of the water, or a human to become aware of hydrogen, nitrogen, oxygen, and carbon dioxide, it takes one of two things:

Or a shock to the system by removing their natural element.

We are drowning, and most of us have no idea.

Hang-ups are like water to a fish. Or better yet, they are more like the slow, steady increase of heat in a pot intended to boil a frog.

The frog never notices the water is slowly killing him.

We become so accustomed to our hang-ups, we have little to no idea that we are being boiled to death.

Hurts may destroy us from within, but with most hurts, we can point to a specific moment, memory, or interaction that began the hurt. In all but the most extreme cases, we can still see and name hurts.

Habits too can be pretty obvious. Millions of books have been written on changing habits because, especially as Americans, we are so keenly aware of how habits affect our daily lives as well as our eventual futures.

But hang-ups…they are the real enemy.

They are the most dangerous because they are the enemy of which we are never aware. They waltz into our camp like an old friend, or worse, like a common citizen, indistinguishable from the rest of society and take our life like they were always meant to be there. They cut into a tiny vein and go about their business while we slowly bleed to death.

A few years ago, a friend who has known me more than half my life made a comment that hit like a wrecking ball. He said, “Well, you would think that because you are a pessimist. You just have a naturally cynical personality.”

It stung me like a wasp on the nose.

The truth is, I have never been a cynical person. I look back on the inner me from childhood and see someone who has always had eyes wide open to the great and the grand possibilities of life. For instance, I’ve always wanted to travel, but I didn’t want to cover the globe just to see masterful sights, I longed to meet all kinds of people from other continents, languages, and worldviews.

I longed for this because I believe that people are wonderful and beautiful creations. They shine with so much love, wonder, and potential, and I have always been gifted at pulling some of that out in those I meet, even if only for a moment.

Being a cynic was never a possibility for me.

Life was too beautiful.

Yet, someone who knows me “best” saw something long enough and often enough to say that pessimism was part of my DNA, that it was simply who I was.

Combining his view with the knowledge of who I really am led me to one conclusion:

A cynic was all I was showing him.

And if that’s what a close friend saw, then it stands to reason that the rest of the world was getting a similar view.

I was hung up on something, and it was literally changing my social and emotional DNA.

After months of hard work and honest reflection, it became obvious to me that I was hung up on what I thought were some failures of western Christian churches.

There were hurts caused by others that sparked the change, and habits of my own that continued it, but at the end of the day, my mind and heart were completely trapped by my belief that churches, church-goers, and worst of all, church leaders were the problem. I had decided and believed that they simply refused to see the truth of their action, refused to be open to the Holy Spirit, refused to love people like Jesus did, and I no longer wanted anything to do with them.

In the first article of this series, “Hurts,” I talked about forgiveness being the only path to true healing. At this stage in my own recovery from life, I realized that I could no longer hold people responsible for being people. I could no longer blame a blind person for not being able to see.

It was only when I was able to practice forgiving people that cracks started to form in the walls of my hang-ups. It was only through forgiveness and a constant paradigm adjustment (which took MUCH work), that I was able to see and accept—and even embrace—the church and those inside its walls for who they were, exactly as they were.

I can still dislike the way things are. I still have a great passion to see change where it is needed most. That’s why I’ve started this blog.

But only through accepting the way things are, and forgiving that person, that one church, or even the whole world for not being as they should be, only then have I been able to embrace freedom, peace, and even joy in my everyday life.

In recovery programs, we consistently repeat the Prayer of Serenity. It is a brilliant and bold prayer. Many know its fame because of the first few lines:

“God, grant me the serenity to accept the things I cannot change,

the courage to change the things I can,

and the wisdom to know the difference.”

But these were not the lines that changed my life and began destroying my hang-ups.

The line that brought tears to my eyes and change to my heart is near the end. It reads:

“…taking, as Jesus did, this world as it is and not as I would have it.”

I had to take the church and its leaders as they are and not as I would have them.

I have to take myself as I am, and not as I would rather be.

Because Jesus did. He still does.

If we are to receive the reward promised in the Serenity Prayer—“so that I may be reasonably happy in this life, and extremely happy with You forever in the next”—then we have to model Jesus and begin by taking the world as it is;

Warts, failures, churches and all.