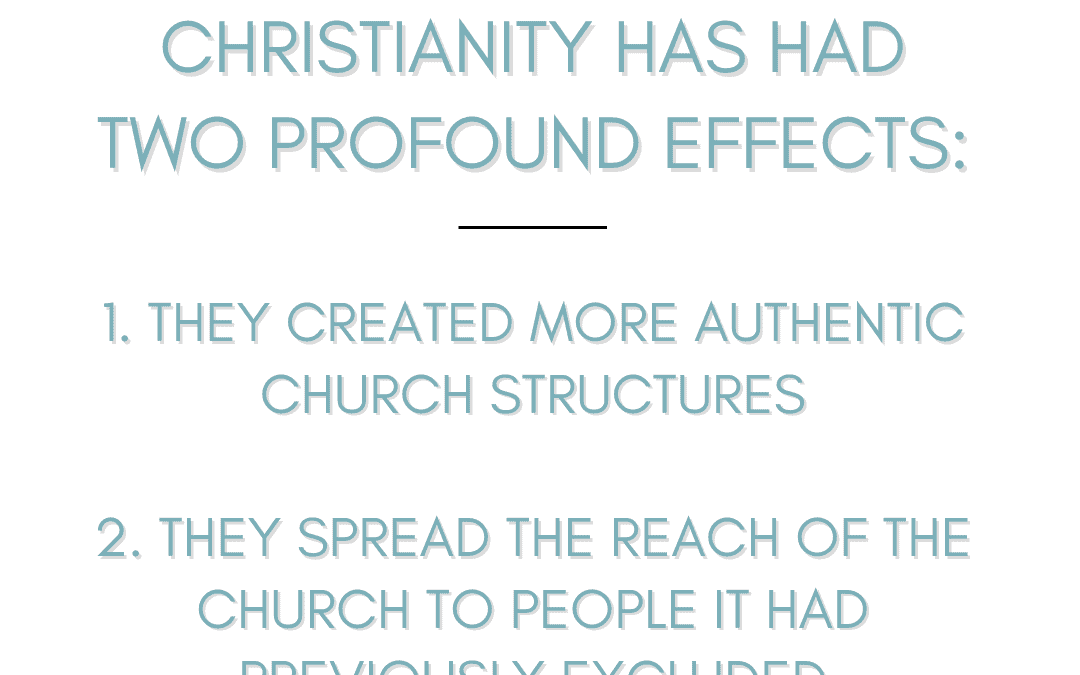 from The Great Emergence by Phyllis Tickle.

What Christian church looks like and what we believe has ALWAYS been changing with the time.

Relationship with God is fluid.
It’s dynamic.
It morphs and grows and changes shape.
But it always remains clay and potter.

Just because the predominant theology changes doesn’t mean we’ve “lost our way.”
And just because God is doing something new with the Body of believers doesn’t mean Jesus’ followers are falling away.

It was once a great heresy to claim that the earth was flat
because that challenged the idea of hierarchy in which white men were above women and people of color.
No sane person is still arguing that this is heresy today.

What’s more, the Church at large has undergone SEISMIC changes nearly every 500 years!

Each of these changes created huge problems and difficult challenges for Christians and theologians. In fact, we’re still fighting many of the issues surrounding Martin Luther’s 95 Theses from the Great Reformation.

However, despite the turmoil and the cries of “HERESY!” each time,
all of the major changes in Christianity had two wonderfully Jesus-like consequences.

Guess what, my friends…
we are in the middle of another seismic change in Christianity!

and while many cry, “Heresy” or “Post modern garbage”
the truth is God is with us in this change.
He is lovingly guiding it with his tenderness, patience, and care

and most importantly, He is seeking to make us more authentic
and more welcoming to any and all peoples.

Change is here, friends. It’s time we looked forward and celebrated what God is doing.