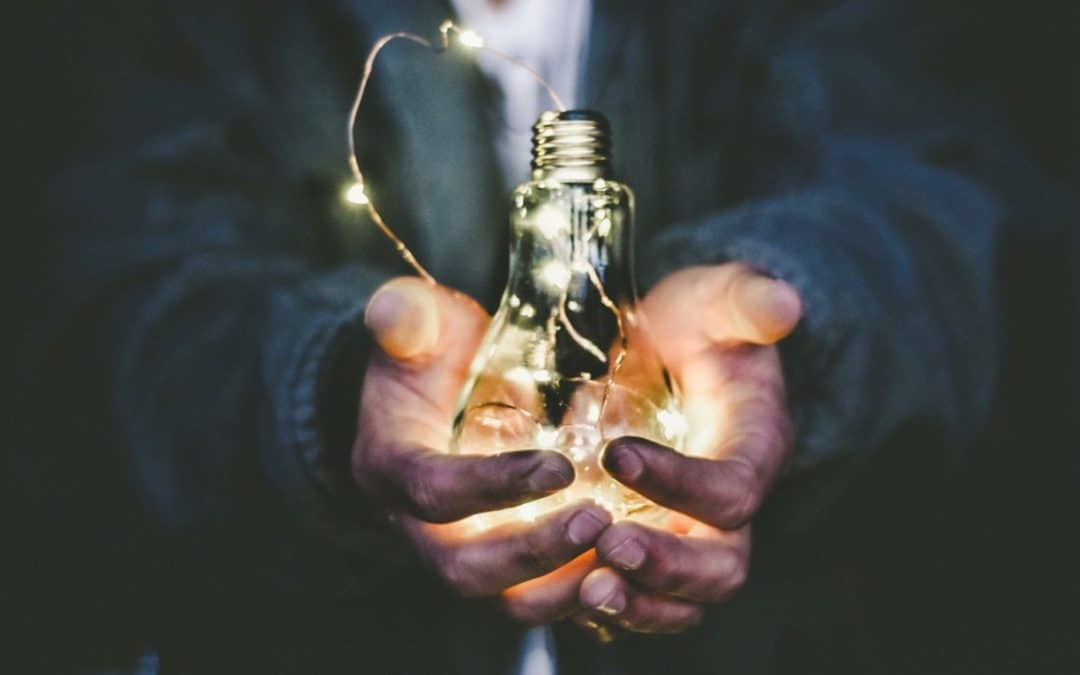 When I was 13 I went to a special youth ministry event. It was called Hot Hearts.

If you just said something like, “Whoa, Hot Hearts! Oh yeah, I remember those!” then you just aged yourself so…be careful.

Hot hearts was your basic worship-concert-plus-Christian-speaker event that draws thousands of teenagers and their youth pastors.

It was great. I loved it. But I’ve been to dozens of these and this one is by far the most memorable for one very specific reason.

The guy was on stage getting very excited about his message, and so were we. There were several times we all cheered in the middle of his sentence. There were hundreds that felt something resonate powerfully within them.

This wasn’t just emotions either. Something this guy said called deeply to who we were, even though at that age we didn’t have the words or experience to describe it.

But, while most people were being moved toward their desire for something bigger than themselves, while most were responding to a love for God, I was being pulled toward my desire to do something.

I left my seat and walked out to the concourse. I paced back and forth trying to figure out what was going on inside me.

Then I heard it.

It was more like a thought than a voice, but this thought felt different. It had a deep resonance inside me. It was like someone else’s thoughts were entering my mind. It was powerful. It was engaging. And it was kind. It felt like a strong embrace.

“You are going to do that.”

“You are going to do great things. And I will be with you through it all.”

That was the first moment I knew who I really was and what I really wanted to do with my life.

I was going to love people.

And I was going to show them that they are so much more.

I was going to change their world.

Another 13 years pass and I’m sitting in my car weeping alone because I have no idea what I’m doing. I’m terrified of never being truly known and loved for who I am, and I’m more terrified that the very few in my life who do will slip from my grasp, and I will lose them forever.

I have no idea who I am.

I have no idea if anyone else knows me.

I have realized I am an utter failure.

The young, bright-eyed, curly-headed, Frodo Baggins look-a-like Kurtis Vanderpool had been roused by an incredible hope. It was a hope that extended beyond this world, beyond our human understanding of things. It was a hope that knew life could be filled with love, connection, and purpose, and he was full of it.

26-year-old Kurtis Vanderpool had simply run out of it.

So he pulled his car into the parking lot of a local celebrate recovery meeting with one thought on his mind:

“This is where I am. I have nothing left to give, and very little left to lose. So…

Little did I know how right I was, and how the idea that I had nothing else would resurrect the kind of hope that first called me out to the concourse half a lifetime before.

I was once taught that all evil things are just the twisting and reshaping of things that are good.

Influence is a great thing unless used for selfish gain, then it’s manipulation.

Money is a beautiful thing until it’s used to control others.

Sex is a wonderful act of intimacy, vulnerability, and connection…until it’s misused or engaged in lightly.

I didn’t know it then, but eventually those words I heard at Hot Hearts would be twisted and misused to inflict a deep sickness within me.

You see, the thirteen-year-old me heard

“You will do great things”

The twenty-six-year-old me was hearing

“Why aren’t you doing great things?”

“You were supposed to be incredible.”

I had no idea, but I was sick with a cancer that was silently, and very, VERY patiently killing me from the inside out. This cancer was the idea that God loved me for who I was, but that He still had expectations of me for my future.

This sickness grew, twisting God’s words to convince me that if I didn’t fulfill the calling He gave me that I was slowly growing into a disappointment. I was slowly losing His affection if I wasn’t DOING what I was supposed to do.

This meant every time I failed, f***ed up, or fell short, I was that much further from who God made me to be and who I longed to become. Every time I sinned the same old sin I became a disappointment to God and an enemy to myself, and I beat myself up for it.

Eventually, you can only chastise yourself so many times, you can only hang your head in shame so much, that eventually you just start actually hating yourself.

and I hated him for it.

The cause of this cancer is not failure.

It is not humankind’s depravity or the “sinful nature of man.”

I was dying because of the twisting and perverting of a good thing from God.

I twisted what He said. I went from believing that I was that incredible, loved, influential person because I was His, to believing I COULD BE that person based on what I would DO.

Most churches and Christians these days would never openly admit to believing this lie, but it’s intrinsic in our roots. It’s apparent in all the flailing around from one commitment to the next, one activity to the next, one “mission project” after another.

We are addicted to DOING.

We say that we do all these things out of love for God, but the majority of the time we do it for love from God.

If you don’t believe me, then stop doing them.

What if for one entire year you committed to not doing anything that is an obligation or an expectation with your church? What if all you did was attend worship (when you feel like it) and be with people? What if you did NOTHING that you were supposed to?

Try not doing anything you do because you “should.” Or because that’s “just what Christians do.” Or because it’s “the right thing to do.”

What if you spent one whole year just being?

What if being the completely authentic you was the only way in which you loved God?

Most of us would probably have a conniption. We would most likely suffer extreme side effects similar to that of any addict going through a detox.

But the real question is,

would we still feel loved?

Would we still believe that God’s love for us stays EXACTLY THE SAME whether we’re beneficial, involved, and active members of church and society or not? Does His affection for us remain when our sweatpants start growing Cheeto stains and even Netflix can’t keep up with our binging? 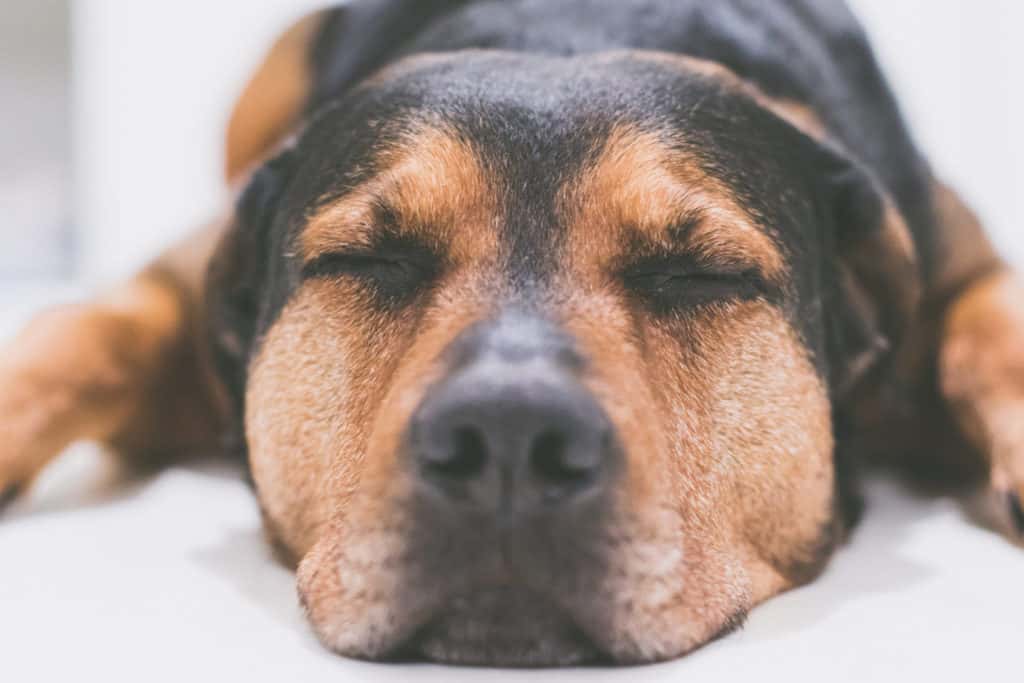 Now, I’m not saying that sloth is a more beneficial path for the body of Christ. Frankly, no one wants to see me in orange spotted sweatpants and week-old beard hair. No one really benefits from that.

But, if we are going to thrive as a people who truly love God and love others as we love ourselves, we are going to have to do some serious identity work, and it starts with realizing that we are who we are, we are NOT what we do.

And who we are is beloved children. The incredible delight of a God who is called “Love.”

In the majority of bible stories where a messenger of God slams into the life of the main character, they always start by saying who they are.

“One highly favored by God”

And He gave Joseph a dream of him as a great leader even though at the time he was no more than a quibbling, pestering, self-righteous little snot of a brother.

I believe this is one of many ways God has always been showing us that He gets to decide who we are, and that His description of us is vastly different than we think it is.

We are not screw ups, disappointments, or sinners because we fail.

Neither are we successful, righteous, or God’s children because we do what we should.

I was not incredible, inspiring, empowering, or a life-changer because of what I could do.

I already was all those things just because I was God’s.

For the church to operate as God intended, for us to become a healthier, more beneficial, and impactful in the world around us, we would do well to start living out our faith and our relationships with less “shoulds,” “oughts,” and “need tos.”

Let’s drop all the expectations,

And let love be free.

← Previous: You Are Plan A Next: My First Book Ever →